Below is an excerpt from the Regional Multiple Listing Service’s most recent “Market Action” report that comes out monthly and is e-mailed to all member Realtors. This is data specific to the Southwest Washington Area market.

Below is a table with data from the RMLS. Note that Appreciation is based on a comparison of the rolling average sale price for the last 12 months with the 12 months prior. Days on Market is the number of days from when a property is listed to when an offer is accepted on that same property. If a property is re-listed within 31 days, DOM continues to accrue; however, it does not include the time that it was off the market: 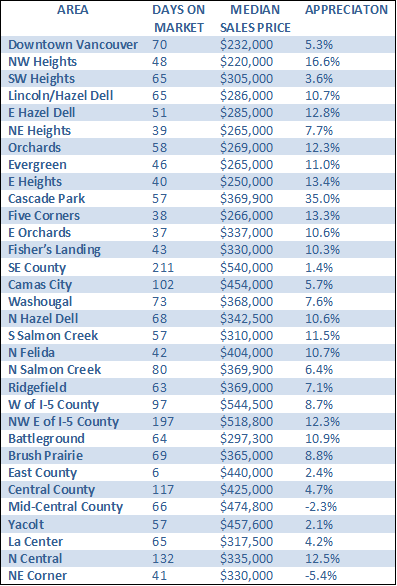 Prev: How’s the Market?
Next: Market Frustrated by Low Inventory